The Launch of Beep Cricket

Listen to our Podcast with Ian Healey

Online registration will be open from 1 February 2023. People aged between 13 and 70, are welcome to register.

Support Workers, family and friends are also welcome to register. The Competition Draw will be published online in May 2023. Some matches will be played after dark under lights.

To the right is a photo of the Ian Healy Shield.

Each year 4 of the BATS Sports Club teams participate in the Beep Cricket competition to win the Ian Healy Shield.

To the right is a photo of Paul Szep holding our new beeping ball.

In the early 1990s, Paul Szep began research on the idea of producing a Beeping Cricket Ball for use by blind and vision-impaired cricketers. Although he did secure funds to produce a prototype ball, unfortunately, the ball did not stand up well to the job so, Paul decided to revisit the project at a future time.

On retirement at the age of 60, Paul revisited the idea of a beeping ball and began setting up a charity named Blind Bats Inc. to form an entity capable of doing the job. Paul applied for a grant to finance the development of the beeping ball and to run an inclusive activity called beep cricket.

Unfortunately, again the prototype ball failed but Paul was not going to give up. Determined to find a solution he sought out help from a local micro-electronics firm and now, after four prototypes, can finally say with confidence, that a suitable ball has been designed and produced. “It works just the way we wanted and the players love it,” Paul said. Now the next step is to install the electronics into balls with bladder e.g. Basketballs, Footballs, Volleyballs.

Paul is now hard at work to do just that and welcomes any assistance to do this.

On the day there were plenty of positive comments regarding the new beeping cricket ball, however, the inclusive nature of the activity was the highlight of the event.

Due to covid 19 shutdowns and flood damage to the Clubhouse and fields, the return match needed to be rescheduled until 2023.

To the right is a photo of the Moreton Bay Regional Council Mayor’s Team.

Mayor Peter Flannery selected a wide range of people from the community to participate in his team. Local Counsellors, Professors and staff from USC, and key members of the local community all were given the opportunity to contribute and experience. an inclusive activity.

To the right is a photo of the Moreton Bay Shield.

In September 2021, the prototype of the beeping cricket ball was used in a game between the Moreton Bay Mayor’s XI and the Moreton Bay BATS. This game highlighted how the local community could come together to participate in an inclusive sport/activity event. This event was an enormous success and from now on will be played each year. The winner is presented with the Moreton Bay Shield. All concerned declared this event to be an enormous success. The introduction of the beeping ball did exactly as we expected.

To the right, is a photo of Hon Terry Young MP, Member for Longman.

Terry was selected to be one of the Moreton Bay BATS opening batters in the Mayor’s XI match held on September 2021. Without Terry’s help and support, we doubt our inclusive activities project would have ever gotten off the ground. Terry played this game with passion and skill and said he was pleasantly surprised at the skills shown by the vision Impaired participants, Terry also said he is convinced that this format is a good step in the right direction when it comes to inclusive sport/activities.

To the right is a photo of Cr Peter Flannery, Mayor of Moreton Bay Regional Council.

Peter Flannery, Mayor of Morton Bay Regional Council, his staff, and fellow Counsellors, have given the BATS great support over the past few years. Their decision to provide the BATS with the use of Devine Court Sports Complex as their home ground and clubhouse is a momentous change for us.

In addition, Peter, and his team’s willingness to participate in this event was the catalyst we needed to test our theories on the value of community inclusion through sport and active rest.

To the right is a photo of Hon Mark Ryan MP, Minister for Police and Member for Morayfield.

From the very beginning, Mark was instrumental in the founding of Blind Bats Inc. His help and guidance along our journey of development have been an inspiration. Mark also opened the batting for us at the Mayors XI match and told the crowd that he considered the launch of the beeping ball to be ‘the world premiere of Beep Cricket.’

On joining BATS Sports Club, members will be allocated a ‘House’. So, when participating in activities, they will play in their house uniform. The initial issue of uniforms is at no charge to the member however, the subsequent replacement may be at cost depending on budget restrictions. The uniform consists of a cap (with the team avatar), a polo shirt (with the BATS logo), a pair of black shorts for football and tag, and a pair of long black pants for cricket and Softball. This uniform should be suitable for most activities conducted by BATS Sports Club.

Above is a photo of 4 Marquees kindly donated to Blind Bats Inc. by the Primary Club of Australia.

These marquees were used during the Mayor’s XI Inclusive Beep Cricket Event and will continue to be used during future events. We very much appreciate the kind support of the Primary Club of Australia for without their support, visitors to the event would have been a lot less comfortable watching the match.

VIP guests, match officials, and participants also made good use of these marquees.

Above is a photo of Cr Denise Sims (Deputy Mayor of Morton Bay Regional Council) bowling a ball at the Pine Rivers Come and Try Day.

People of all genders and usually aged 13-70 are welcome to attend our Come and Try Days of a Sunday. Soon we will be enjoying a game of football, the game of T-Ball, and a game of Tag (with a very large rugby ball). Come along with your mates, family, or carer and enjoy a free BBQ lunch.

We can provide transport if required.

The above photos are of a typical Sunday of Beep Cricket Training at Devine Court Morayfield.

Participants new to the sport, begin to learn the game, and those who are seasoned players, work on their skills.

Each Sunday, safe transport is provided via our BAT Bus service to those who need it. There is also a free BBQ lunch and the opportunity to meet new friends and/or socialize with people you already know.

All are welcome to come and try the games on offer. Men and Women, boys and girls, age 13-70.

In the above photo, our staff members are laying out the boundary rope in preparation for a Beep Cricket Match.

Participants with low or no sight, are pleased to have a boundary rope on the outer boundary of the ground. This tactile feature, along with the beeping cricket ball and the new rule changes, makes the game to be more enjoyable for all and assists the players with low or no vision to be more competitive.

At Blind Bats Inc. we try to lift the ability of vision-impaired players rather than have sighted players wear blindfolds in the search for equality. This policy is consistent throughout our activities program. 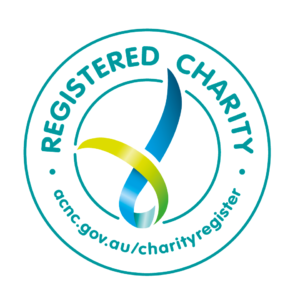