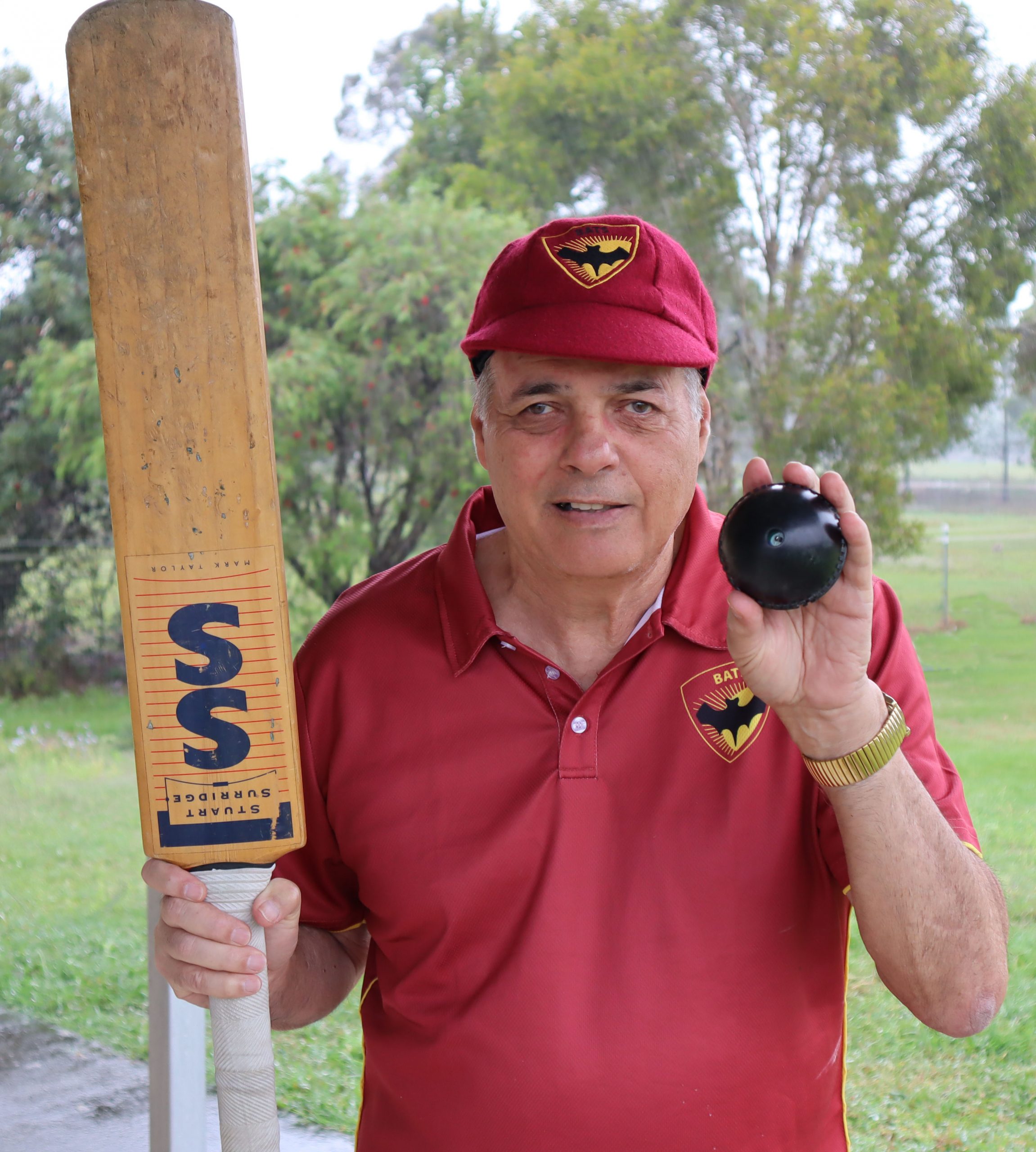 The contents of this document are OFFICIAL.

Meet Paul Szep, the Kerry Packer of blind cricket, who is set to change the way the game is played since its creation 100 years ago.

Paul, legally blind from the age of 3, has spent the past few years developing a beeping cricket ball that is increasing participation among blind and low-vision players.

His community cricket club in south-east Queensland, the Blind Bats Inc, trialled the beeping ball last summer in a charity match and it proved to be a success.

“It’s giving people without sight a whole lot of information they never had before in terms of where the ball is and what it is doing,” Paul, 67, said.

“Before beep cricket, there would be fielders flailing their arms about trying to find the ball.

“Our theme is inclusion in the community. We cater to everyone.

A microchip inside an oversized cricket ball beeps when in motion, but also when it stops, making fielding easier.

Paul now wants to spread the game nationally, with a beep cricket competition in each capital city.

However, like Packer’s bold plan to change the game in the 1970s, Paul is experiencing his share of doubters too, not that it’s going to stop him.

“A few officials said that they’re not interested,” Paul said.

“Well, the governing body weren’t initially interested in Kerry Packer’s World Series Cricket idea back in the 70s either.

“He proved them wrong – I plan to do the same.”

Born with full sight, Paul contracted pink disease, or acrodynia, when he was six months old, a condition which caused a skin discoloration.

“The medication to relieve that disease caused my skin to go back to normal, but I ended up with an eyesight problem,” Paul said.

He recalled trying different sports at school, including rugby league and cricket, but he had difficulty keeping track of the ball.

“It was like playing brandy – I would be getting tagged all the time.”

A friend would later introduce Paul to blind cricket while living in Sydney and he hasn’t looked back.

The former New South Wales and Queensland wicketkeeper is now using his NDIS supports to build his capacity.

Paul uses assistive technology as part of his NDIS plan, including a closed-circuit television (CCTV) magnifier to help with reading and writing.

He also receives help with home and garden maintenance, as well as a transport allowance, since joining the NDIS in 2018.

Previously, Paul had to rely on his own funding, as well as support from family and friends to achieve his goals.

An Australia Day medal recipient for services to the blind community, Paul also had a distinguished 21-year career with the Australian Cadet Corps.

That passion for giving back to the community has continued in retirement.

“I learnt from the army to surround yourself with good people, and you’ll do well,” Paul said. “And that’s what I did.

“I reflected on my life, I’ve done well, and I thought, maybe I can give something back now.”

Blind cricket was first played in Melbourne in 1922, when an audible ‘ball’ was made from rocks inside a tin can.

Eventually, bells or bottle tops were inserted to create sound from an oversized wicker ball – provided it was moving.

Now beep cricket is threatening to do for the sport what playing in coloured uniforms under lights did in the late 1970s – change it forever.

The Blind Bats, based at Morayfield, north of Brisbane, hosts come and try beep cricket days every Sunday.

Teams are made up of 3 fully sighted and 8 vision-impaired players, plus a 12th man.

Anyone interested can email Paul at president@blindbats.org, call 0408 474 860 or visit blindbats.org.

N.B. The NDIS is now providing support to more than 534,000 Australians, with more than half receiving supports for the first time.

There are more than 111,000 participants in Queensland benefitting from the NDIS.